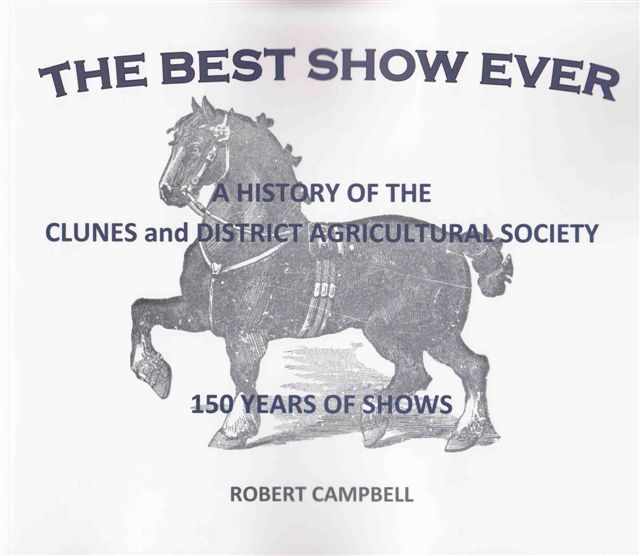 A Brief History of the Clunes Show

Throughout this time the Society has had many highs and lows, as you would expect with an organisation of this age. There were several occasions when a vote was taken to decide whether to continue holding a show or disband altogether. But the community has always rallied and common sense prevailed and the Show still continues to go from strength to strength. There have been scorching hot days and the occasional wet days, but glorious spring weather on most occasions. Drought years and many very good seasons contributed to varying attendances. Wars and depressions also took their toll.

The Clunes Show has always shown a wonderful exhibition, from local and surrounding districts, of stock, machinery and homecraft exhibits, which illustrates the abilities and dedication of both the farmers and town’s people to produce only the best products.

Some classes have changed over the years but others have altered very little, the following are a few examples of classes that you could enter in at the 1868 show: Pair of plough horses, Pair of buggy ponies, Best shod draught horse, Swine, varying classes for machinery and implements, Salted butter not less than 12 lb, Two cheeses not less than 8 lb, Two sides of cured bacon, 12 bottles of red or white wine. Under the heading “Extra Exhibits” the following curiosities were shown: Bone dust and superphosphate of lime, box for conveying pigs, model break for railway carriage, 200 bricks made in Clunes, cheese press and curd mill, samples of rope made in Clunes, and even a pair of swans hatched under a Spanish hen. Not surprisingly there were no sections for Bute Utes or computer artwork, digital photography or guinea pig racing, Harley Davidson rides or hay bale sprints.

On numerous occasions, exhibits such as horses, cattle, sheep, fleeces etc., having won at the Clunes Show have gone on to the Melbourne Royal Show and won state finals, thus demonstrating the high standard of entry this Show attracts. From the Homecrafts pavilion many winners at local level have gone on to Group and State finals with considerable success.

The Society has over the years, as finances were available, tried to keep its facilities up to a high standard. Many new pavilions have been erected over the last 20 to 30 years, thus housing the exhibits in such a way as to show them off to the public in the very best surrounds. In the early 1900’s the Society went into considerable debt for several years to allow for such upgrades.

The show has always been managed by a small but energetic band of Committee members who have met regularly throughout the year to plan and arrange this annual event. Through numerous working bees their aim has been to continue the tradition of providing a well run, well attended occasion to show off the districts very best produce, for many years to come.

From its simple beginnings, with its Agricultural background of ploughing matches and grain exhibition the Clunes Show has transformed into an event for the whole community to be involved in. From the gatekeepers to the food and drink stall operators, and from the section stewards to the local Wesley band, the Annual Show gives an opportunity for the districts people to come together and be involved and experience what is recognised far and wide as one of the leading “Country” shows in Victoria.